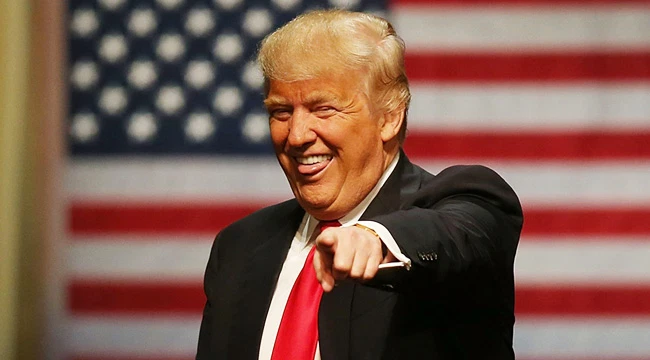 Election day is scheduled for November 3rd and this is the second edition of What Would Happen if…? This is a gist of What Would Happen to the country if Trump wins the election. This is a non-biased article so feel free to read! I tried to include what stands out in Trump’s campaign. I hope you enjoy this article.

We have all heard Trump’s iconic phrase. It’s like a tattoo in my brain. I can imagine him saying it, with his hand gestures and everything. I know you know it too. It goes: “We had the greatest economy in the history of our country.” Before the global epidemic swept the country, Trump took decisive action to close our borders to foreigners to prevent the spread of Covid. However in the US,Trump simply refuses to close the country and suggests that we “open up” so we can thrive and further build our economy. In that view, if we close our country, it would be harder for businesses to thrive and for the economy to expand with businesses closed and airlines shut down especially after they reopen. Less income to businesses and corporations heavily damages the economy.  Over the past years, Trump has also been advocating for tax cuts that reduce the amount of taxes paid by citizens. Trump’s agenda states, “I will cut taxes to boost take-home pay to keep jobs in America, and grant made in America tax credits.”

The crushing weight of this pandemic renders U.S Citizens helpless. An estimated amount of 30 million Americans have claimed unemployment benefits. Trump’s agenda says, “ I will Create 10 Million new jobs in 10 months, create 1 million new small businesses, and expand opportunity zones.” Unfortunately, the unemployment rate is expected to remain under 4% through the end of 2020. The growth rate of the GDP (Gross Domestic Product) is expected to go from 2.3% in 2019 to 1.9% in 2020.

In matters with this subject, Trump’s agenda mentions, “ I will bring back 1 Million manufacturing jobs from China, give tax credits for companies that bring back jobs from China, allow 100% expensing deductions for essential industries like pharmaceuticals and robotics who bring back their manufacturing to the United States. In addition to this, no federal contracts for companies who outsource to China hold China. He plans to make China fully accountable for allowing the virus to spread around the world.

Aside from China, I want to address the topic of peace in the Middle East. Trump has been effective in the past and took action by successfully assassinating Qasem Soleimani in a drone strike back in 2020. He was held responsible by Trump for “shedding American blood”. In the future Trump will most likely take decisive action in whatever he quote on quote “believes” will endanger the lives of Americans. The Middle East peace plan will be discussed in my 4th article. In summary, Trump’s agenda states, “ I will top endless wars, bring our troops home, get allies to pay their fair share, maintain and expand America’s unrivaled military strength, and build a great cybersecurity defense system and missile defense system.”

Now let’s talk about the “big man” of North Korea. Trump and the one and only Kim Jong Un participated in three meetings in 2018 and 2019. Their first meeting took place in Singapore on June 12, 2018, the two leaders composed a joint statement that stirred up a motive towards the new U.S.-North Korea relations and a lasting and stable peace regime on the Korean Peninsula, with a consistent commitment from North Korea to eventually denuclearize the Korean Peninsula. After 8 months no efforts were made which resulted in the second meeting between Trump and Kim in the capital of China, Hanoi in February 2019. This meeting concluded with no agreements. North Korea sought for all major economic sanctions in 2016 to be taken off for the most important nuclear facility at Yongbyon to be disabled. While the United States brought its mind that involved North Korea’s dismantling its entire weapons of mass destruction program, which includes chemical and biological weapons and ballistic missiles. Kim rejected this proposal that included an offer for a smaller deal that would include only partial sanctions relief in exchange for the dismantlement of Yongbyon. Since then, the United States and North Korea have struggled to agree with new terms. Hopefully, there will be a new approach to deal with this obstinate dictator.

You could say Trump has a history of stating rather differing opinions on climate change. Some of these include, “I don’t believe it.” “It’s freezing in New York- where the hell is global warming?” “The concept of global warming was created by and for the Chinese to make U.S manufacturing non-competitive.”

Natural gas and oil are very significant industries in the United States. Texas, the largest producer of oil and gas hasn’t voted for a Democratic nominee since 1976. Trump has brought a few of his views to light. The Trump campaign is taking the opportunity to attack Biden because of his statement of “transitioning away from the oil industry” from the last presidential debate. Trump responded “Oh, that’s a big statement. He’s going to destroy the oil industry. “Will you remember that, Texas? Will you remember that, Pennsylvania?” Trump will not stray away from the oil industry, but in his second term, he would continue investing in it to maintain America’s global dominance.

Trump is also in favor of fracking. He ridiculed his competitor Biden after he mentioned that he wanted to limit fracking. An advertisement to support the Trump administration was based on a misunderstanding on whether Joe Biden promotes fracking or not. (My next edition will go more into depth about what will happen if Biden becomes president) This is because a fracking ban would diminish the economy. If it was put in place in 2021, by 2025 it would eliminate 19 million jobs and reduce U.S. GDP by $7 trillion. And aside from the costs for American families, businesses, and utilities, household energy bills would quadruple. Trump will withdraw America from the Paris Climate Agreement on Nov. 4 coincidentally the day after the election. Trump is known to constantly dismiss renewables and cover stories about the future of Renewable Energy. It is clear that he is not in favor of it, and it is unlikely that he will change his mind.

I feel like this topic needs to be addressed especially with the impact guns have on our country. We’ve all heard about very unfortunate school shootings like Sandy Hook and Stoneman Douglas. My respects to all those who have lost their loved ones in these tragic incidents. It is not guaranteed for there to be a few school shootings or just a few shootings in general in the next 4 years, so we must see the action the future president will take. Trump told reporters in August 2019, “We have tremendous support for really common-sense, sensible, important background checks.” It is clear that the thousands of people wounded and the hundreds of people killed in mass shootings would have been prevented. Think about all the lockdown drills we’ve done. We’ve done this in precaution of the unknowns of the future. Trump’s influence on the country is a big factor in what will play out in the years to come. Trump himself is what you could call a “2nd amendment warrior”. The 2nd amendment states, “A well regulated militia, being necessary to the security of a free State, the right of the people to keep and bear arms, shall not be infringed.” Trump believes it is lawful for a U.S citizen to own a gun and openly supports it.

There has been a history of the Trump administration separating thousands of families at the U.S Mexico border. Just recently 545 children were separated at the U.S and Mexico border, and their parents have reportedly gone missing. However, Trump has a new agenda to strengthen the system. As confirmed by Trump advisers Stephen Miller, Trump will tighten restrictions by limiting asylum grants, expanding the travel ban with stronger screening for visa applicants, and adding new limits on work visas. Trump’s agenda states, “I will block illegal immigrants from becoming eligible for taxpayer-funded welfare, healthcare, and free college tuition. I will ensure mandatory deportation for non-citizen gang members, and dismantle human trafficking networks and end sanctuary cities to restore our neighborhoods and protect our families. I will prohibit American companies from replacing United States citizens with lower-cost foreign workers. Finally, new immigrants are required to be able to support themselves financially.”

Trump is determined to fully compromise Obama Care (The Affordable Care Act), which provides coverage to 25 million uninsured Americans, and millions of other people that have pre-existing medical conditions that were denied coverage or charge higher than they could have afforded. Trump has not been successful in repealing and replacing ObamaCare but his administration has played a role in weakening it by removing the mandate that enforced a penalty for failing to purchase health insurance. They also cut funding from the healthcare.gov website and the same for marketing and advertising. The abolition of Federal Government Subsidies (cash loans) also led to more increase in pay for people in the program. The administration enforced “skinny plans” that contribute to rather high deductibles (the money out of pocket you spend for an insurance company to assist you). The Administration finally encouraged states to submit waivers that are in favor of work requirements for the Health Care provider Medicaid. 60 votes are required for the repeal of Obamacare.

Trump has a better Insurance plan in mind which is “much better and much less expensive” in his own words. The Census Bureau states, “In 2019, 8.0 percent of people, or 26.1 million, did not have health insurance at any point during the year, according to the CPS ASEC.” An estimate of about 6 million people who were laid off from their jobs is currently uninsured. Additionally, Trump’s agenda states, “I will cut prescription drug prices, but patients and doctors back in charge of our healthcare system, lower healthcare insurance premiums, end surprise billing, cover all pre-existing conditions, protect social security and Medicare, protect our veterans, and provide world-class healthcare and services.” Hopefully, if Trump gets re-elected he will be having a better and more improved approach to the healthcare crisis sweeping our nation.

A worldwide pandemic responsible for more than 8 million cases and 228 thousand deaths. The main cause of suffering and despair in our country. Trump plans to develop a Covid-19 Vaccine by the end of 2020. (You can read my first article to know more about this vaccine) The administration agreed with CVS and Walgreens just weeks before the election to distribute COVID-19 vaccines to residents of long-term care facilities with no out-of-pocket costs. Trump has also stated that the U.S. will withdraw from the World Health Organization to hold the organization “accountable for the mismanagement of the coronavirus.” Trump plans to bring life back to “normal” for an average American in 2021. He will refill stockpiles and take the initiative to prepare for future pandemics. According to his agenda, he plans to make all critical medicines and supplies for healthcare workers in the United States. Trump said Thursday during a visit to a Pennsylvania distributor of medical equipment. “My goal is to produce everything America needs for ourselves and then export to the world, including medicines.”

According to Trump’s Agenda, Trump plans to provide school choice to every child in America and teach American Exceptionalism, a European based political ideology of the United States of America that the country sees its history as naturally different from that of other nations.