It was a mild night November 21, and after a quick bag check and a VIP paper bracelet present, I walked onto the Red Carpet⎯ previously known as the C-Wing. The golden fabric that undulated under the ceiling and the Golden Age movie posters that graced the walls totally transformed Hamden High School’s Homecoming into a second Academy Awards.  There were cardboard cutouts of Marilyn Monroe and James Dean, a huge popcorn container filled with white and yellow balloons, and even HHS’s own larger-than-life Oscar trophy. Everyone could tell it was going to be one entertaining night. 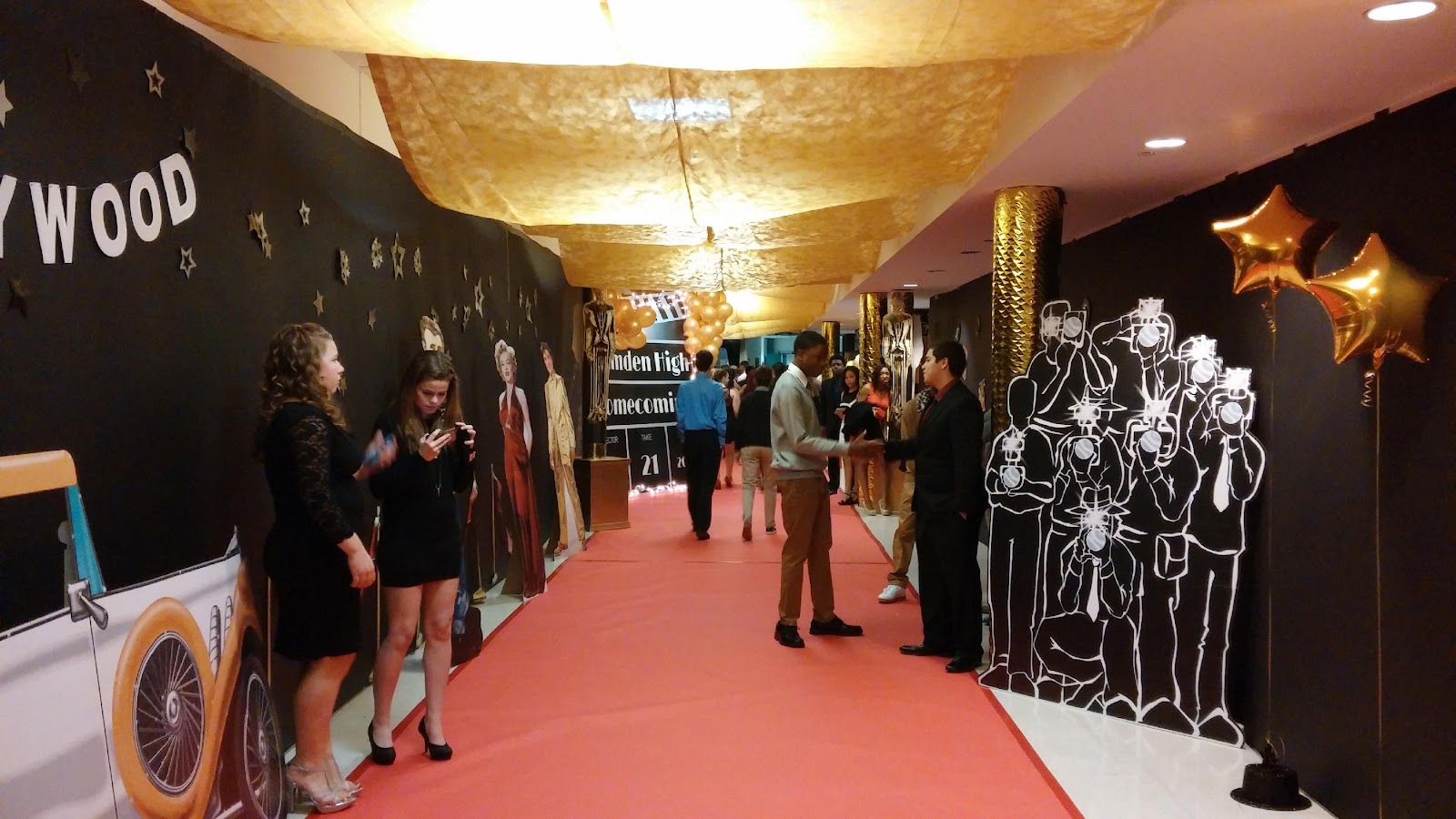 It was 6:30 and people were still streaming in. Boys dressed up in dress shirts and ties, while the girls sported short shimmery dresses. Half of them lingered on the Red Carpet, while the other half headed straight to the Gym (or should I say, the dance floor). In here, there were tables and chairs set up on the sidelines and starry wallpaper on the walls, but the most eye-catching part was the DJ, fog machine, and lights set up in the back. The light show was coming from a metallic beam apparatus, yet no one was dancing underneath.

I spotted some friends at a table and quickly sat down, exhilarated. This was my first dance at Hamden High. After we exchanged a few minutes of rushed conversation, the slightly outdated “Like a G6” by Far East Movement blared from the 10-foot-tall towers of speakers.

“Oh, I love this song!” I said, dancing in my chair, tempted to head to the dance floor. My friends, and others, were less inclined. Only until after 7 when the over-head lights were shut off was everyone dancing in a thick mass. I shimmied and swayed while the boys mostly stood and the girls attempted dancing like Nicki Minaj.

“What song is this?” my friend yelled. I shrugged⎯ I didn’t know either. The DJ was playing rapping songs that were a little hard to dance to. While others seemed to recognize them, I quickly got bored and wished for a new genre of music to party to. 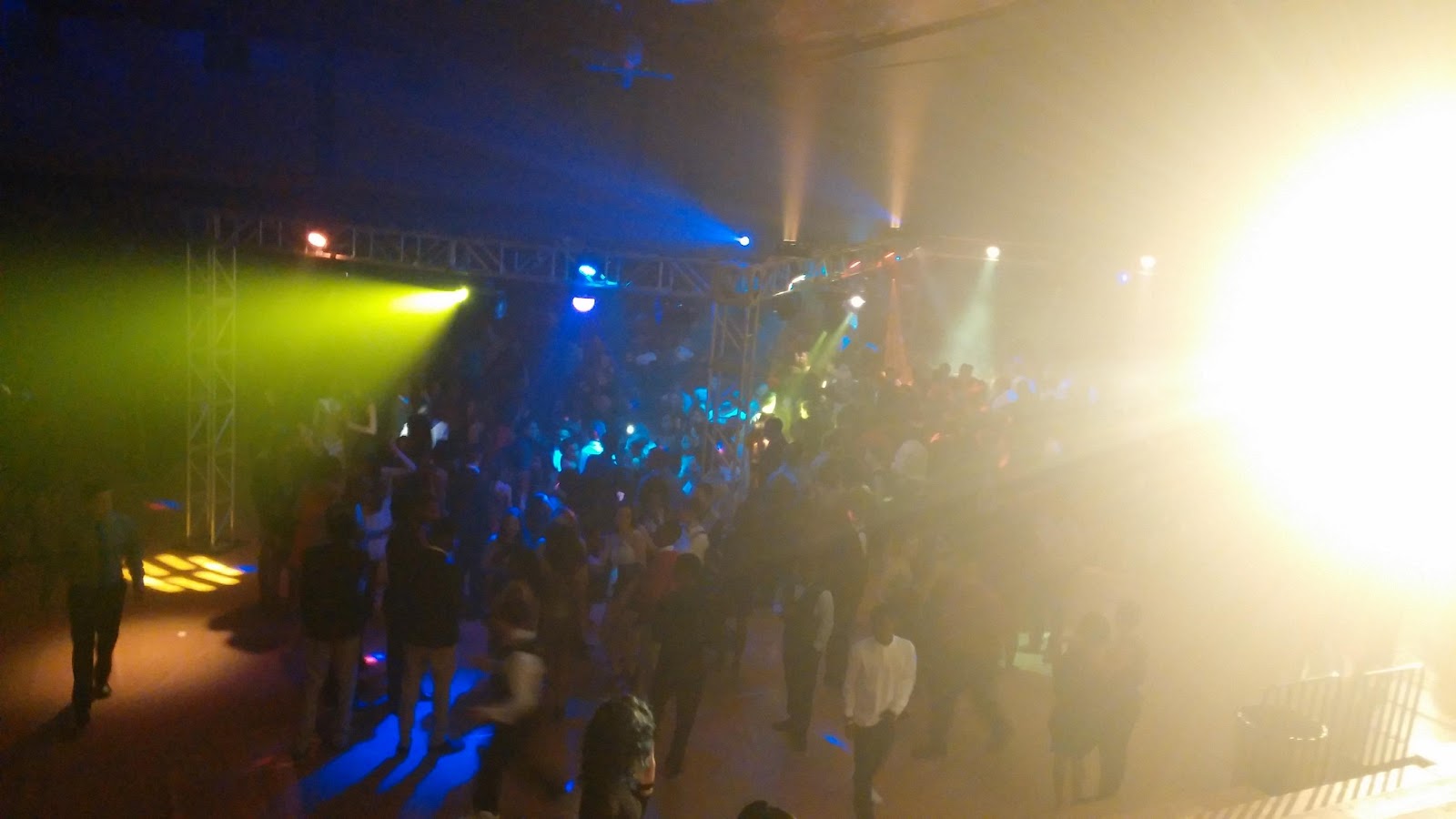 After a while one had to escape into the cooler hallways and grab some refreshments in C107. The free food there was not disappointing. They served ice water and lemonade, but also bags of chips, chicken tenders, French fries, spring rolls, candy, cake, etc. (all homemade and NOT from the cafeteria). It got really crowded sometimes, but it was easier to talk and meet friends in there.

After a couple times of going in the classroom, I couldn’t help noticing the smears of food collecting on the floor. Rolling trash bins were in abundance, yet people still left their trash on the tables or dropped it on the floor. People had to show respect. However, I did appreciate the golden streamers and balloons on the ceiling, bringing the party from the outside in.

All this fun madness continued until about 10:15, when the Homecoming Queen and King were to be announced. I was walking from a quieter C107, having lost my friends (again), when I noticed the overhead lights turn on and everyone rushing to the bleachers. I quickly stole a seat (yet it was a tight fit) and patiently listened to them announce the nominees as the couples walked arm in arm to an upraised stage. 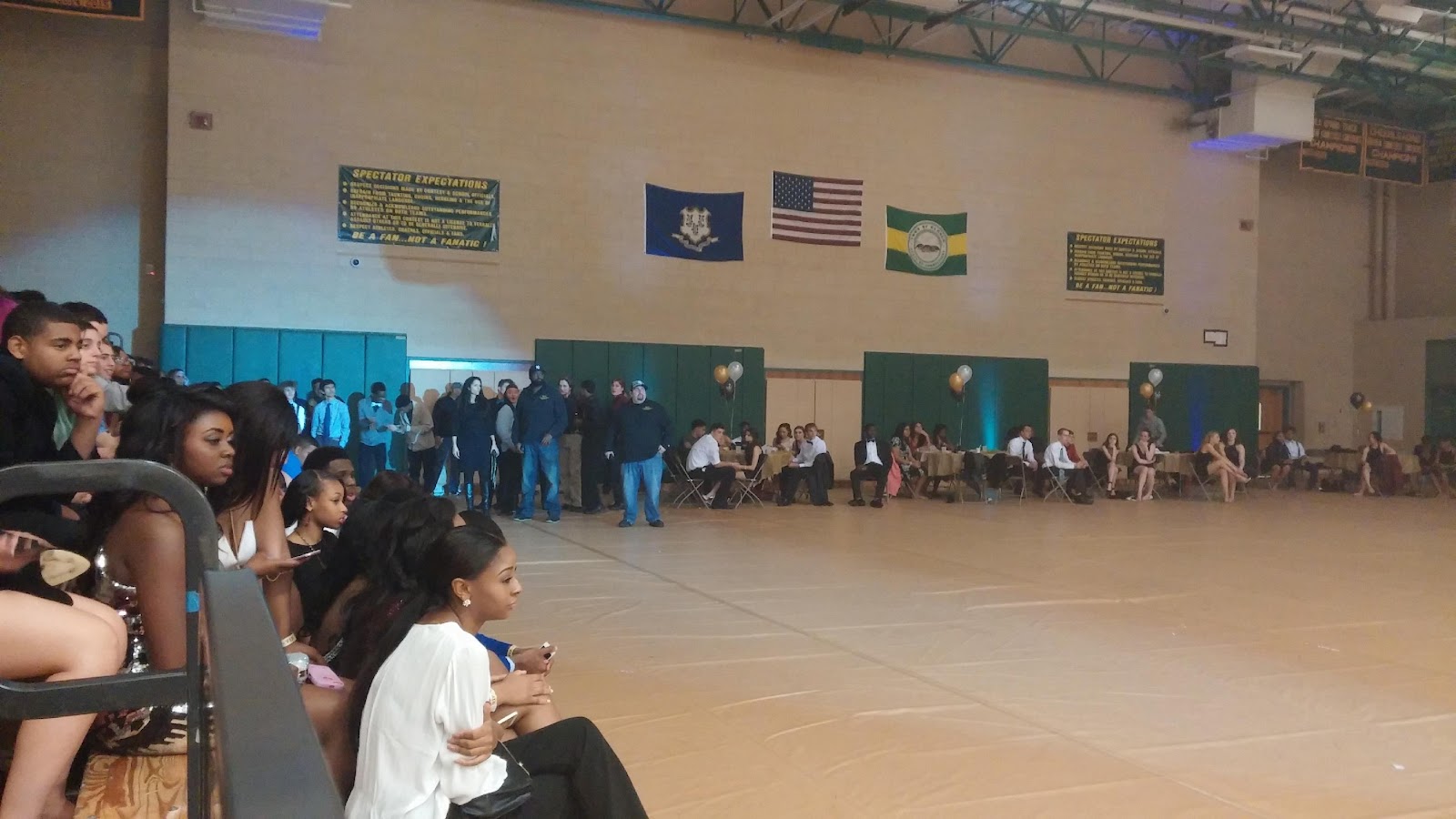 Promptly the King and Queen were announced (I couldn’t catch their names) and crowned. While “Thinking Out Loud” by Ed Sheeran played, the nominees were allowed a short slow dance before everyone was allowed on the dance floor.

This is one of the awkward parts of Homecoming where single people can’t dance and tired people start to leave (including me). And so went my first and last HHS Homecoming Dance⎯ an important event everyone should experience (at least once) in their lives.