Written and edited by Zoe Stowe

Where in the world are we today? Together, we’ll explore the far corners of the earth from Elizabeth Islands to Russia, and American Samoa to Argentina. Let’s see what you know about the world in which we live.

Today, we’ll go to Africa. However, we will not visit the vast expanse of the continent that you’re used to seeing. We’ll go just outside of the Gulf of Guinea, in the Atlantic Ocean where there are a few islands named Cabo Verde or Cape Verde. 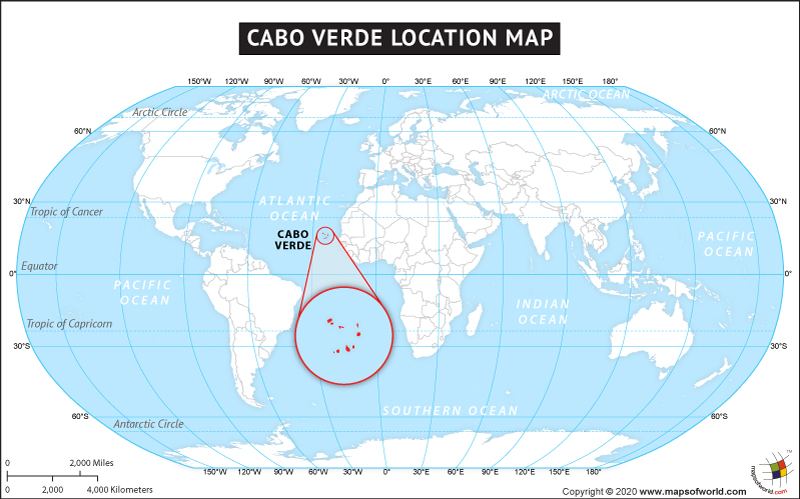 A Portugese colony for almost 500 years, Cape Verde is a fairly new country that gained independence in 1975. Cape Verde is only 1,557 square miles and doesn’t have a very big population. In fact the population is less than 600,000. This tiny island country is smaller than Connecticut!

Cape Verde is made up of 10 volcanic islands in two groups. The Barlavento islands are: Santo Antão, São Vicente, Santa Luzia (which is uninhabited), São Nicolau, Sal, and Boa Vista. The Sotavento islands include: Maio, Santiago, Fogo, and Brava. The islands have an enjoyable tropical climate, which is warm year round. The temperatures average 75- 86 Ferenheit. The beautiful weather gives visitors a good amount of time to enjoy the wonders of the islands.

Cape Verde’s islands are both flat and mountainous. The older islands in the East tend to be worn down to sandy and flatter terrain. In the West, the islands are newer and more mountainous. Imagine hiking to the top of a mountain just to come down straight to a beach! This creates two fantastic environments in close proximity.

Cape Verde has very interesting and unique cuisine. The food is influenced byWestern African, Portugese and other European cuisine. Fish is frequently used as Cape Verde is an island on the Atlantic Ocean. The mix of cultures and sea food results in interesting dishes such as: Canja, which is a thick chicken soup with rice; Cachupa ( the national dish) which is a slow boiled stew of corn, beans, vegetables and marinated tuna or meat;  Morreia which is an oil-fried eel; Percebes which are barnacles with a squid-like texture eaten by cracking the ends to get to the meat under the skin. I bet you’ve never tasted anything like fried eels and barnacles.

Many people come together for the exhilarating and vibrant Carnival festival. Based on Portugese roots, thousands of people take to the streets in colorful (often handmade) costumes and floats. Music plays everywhere and everyone wants to win the best float. The floats are magnificent! They use themes from dragons to castles and travel the road topped with dancers in feathery outfits. This amazing festival is held in February close to Ash Wednesday, and celebrated mostly on the islands of  Sao Vicente and Sao Nicolau.

Cape Verdeans love their music too! A big music festival in Cape Verde is Baía das Gatas. Cape Verdean musicians and other musicians from around the globe come together for this celebration. Through this festival you can learn all about Cape Verdean culture. Food stalls with traditional food are popular. This festival is held on an open beach making it one of the largest open air music festivals in Western Africa. Bonfires are lit by night so people dance until their feet ache and laugh until their throats hurt. 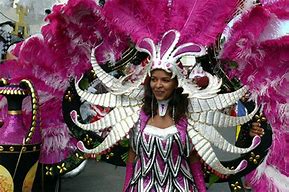